WhatsApp is a free smartphone application used to share information. It currently boasts over 2 billion users in 180 countries. That’s a tremendous amount of people who’d become aware of your articles if you use WhatsApp to promote your posts. WhatsApp is an information-sharing service that helps you to use the application to share information with individuals or groups.
Table of Contents ↑
1. Why WhatsApp Bring Us New Features?
2. Know What Are The WhatsApp New Features Leaked?
3. Multi-device support
4. Storage and Dark Mode bubble color
5. Last seen for select friends
6. Self-destructing messages
7. WhatsApp updated clear option
8. The Techypaw’s Line:
You can share all kinds of data like Audio recordings, videos, photos, documents, and PDF files are just a few examples. You can even use WhatsApp for texting. According to Web wise that is, the cost is much cheaper than regular texting since the texts are sent over the Internet. So, we can say that it is very much user-friendly means easy to use and the app is the most successful information sharing app in existence.
According to Zuckerberg, WhatsApp is the only widely used app we have ever seen that has more engagement and a higher percent of people using it daily than Facebook itself.
WhatsApp is reportedly getting a new feature that will come as a boon to those who enjoy streaming videos online. Especially those who watch a lot of videos on Netflix. A forthcoming WhatsApp feature will reportedly let users watch Netflix videos without needing to leave the app.

Why WhatsApp Bring Us New Features?

There are a lot of reasons that’s why WhatsApp decided to bring us some cool features so that the users can take the benefits. Which will give a much better user experience? First of all, I would like to say these features are completely new and from our sources, we got the news that WhatsApp brings us such features by which not only you can fix the lags but also,  you can use WhatsApp in multiple devices.
There will be a great option in storage and dark mode bubble color, you can easily open your last seen for some selected friends only and the most important thing self-destructing messages can be muted. These are the brand new features, that you guys will be getting after the official update of WhatsApp. 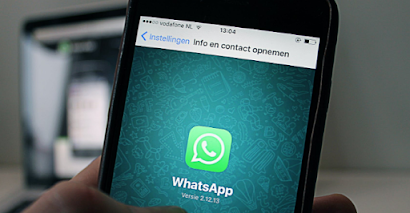 Know What Are The WhatsApp New Features Leaked?

This coming WhatsApp feature was spotted by WABetaInfo on the latest iOS beta application. The report says that Netflix trailers are playing directly and smoothly within this WhatsApp. In other words, when a user shares a trailer of a Netflix show or movie, an iOS user will be able to play it in a picture in picture mode. You will no longer need to click on a link to head over to the Netflix app to watch the shared video.

One of the wonderful new features coming to WhatsApp soon is the multi-device support. As the name is self-explanatory, the feature will allow you to log in to multiple devices with the same account at the same time. Currently, WhatsApp users login to only one device at a time. As soon as you log in on another device, it logs you out from the second one. Going toward, WhatsApp might let you have a single account logged in to multiple devices. This would be a game-changer and astonishing in terms of user experience. So, it will be helpful to you if you forget to bring your device, you can use your Whatsapp account from another account.

Another tool being tested by the application- WhatsApp is related to storage. The idea, according to WABetaInfo, is to give users more storage options as part of a redesign. This is the part that allows users to manage their messages and chat in detail and very smoothly. Also in the offing is a new bubble color for the dark mode. The messaging platform is planning to change the color for the outgoing bubble when the dark mode is enabled. 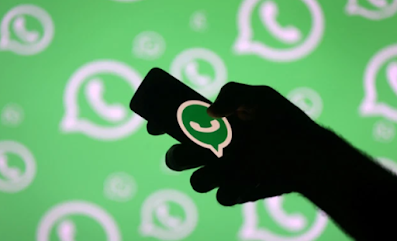 While new features always excite users, WhatsApp also seems to be working on twitching existing ones. For example, it plans to add an extra option to Last Seen activity data. As an update, WhatsApp plans to let users share their last seen status with selected friends. The transformation or conversion will happen from the current setting where you can choose to share last seen with contacts, everyone, or no one. But the new planned toggle will add another dimension to this data sharing that is sharing with selected friends.

In some ways, this can be described as one of the most astonishing and brainstorming features on WhatsApp. The idea is similar to Snapchat, where messages disappear once the user has viewed them. However, in the case of WhatsApp, you will have the option to set a time limit for this activity that is a secure one also. This feature has been in the works for quite some time and will be coming soon. It has even been renamed to Delete Messages and is expected to roll out as part of a stable release soon that will be one of the most unique and interesting features.

Facebook came out with a reconfigured logo to distinguish the company from its social media platform. It was announced that all Facebook-owned properties, including its apps, will begin showing the brand name Facebook. Earlier, Instagram changed its settings page to reflect the ‘from Facebook’ branding policy. WhatsApp is one of the most popular messaging apps across the global area.
The Facebook-owned messaging platform has crossed 450 million users in India and 1.7 billion active users in the world. WhatsApp has also been in dangerous situations because of privacy concerns in India. The messaging app was questioned by the Indian government following reports of data of users being leaked. The company also recently released the option to stop people from adding them to their groups for security purposes.
Lastly, I can say that these are the leaked features that will be coming soon. So, keep your patience for upcoming features. I hope this article will definitely help you to know about the  “Whatsapp New Features Leaked”.If you like this article then give it a big thumbs-up and share it with your friends. This article is contributed by Arpan Mukherjee and Koustav Ghosh. Thank you for visiting Techypaw.